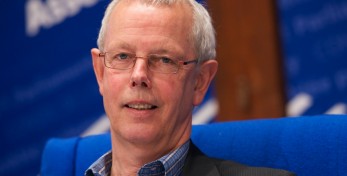 Chairman of the UEL Group, Mr. Kox, welcomes the requests of Amnesty International Moldova which it has submitted to the Ministry of Justice and the Department of Penitentiary Institutions regarding the conditions of detention of the detainee Grigore Petrenco and his fellow activists.

Mr. Kox also praised the request for information whether or not there were effective investigations regarding their complaints concerning the alleged ill-treatment, and if their health was allegedly harmed. It is very important to look into this matter as Grigore Petrenco communicated to us that conditions in prison no. 13 are inhumane and the hygiene conditions are not respected, that he suffers from pressure from the current government against his person, that his walks took place in the docks for tuberculosis patients where after medical access was denied to him after request and that he was searched by people in civilian who had not introduced themselves; everything was done to intimidate him politically, said Mr. Kox.

Like urged by Amnesty International Moldova, it is indeed vital to promote as soon as possible the National Mechanism for the Prevention of Torture, which would serve as an effective tool for monitoring and documenting the conditions of detention in the Moldovan pre-trial detention centers and prisons.

As noted earlier, on request of the UEL Group, the Chairman of the Monitoring committee, Mr. Schennach, will make a visit to Moldova between 20 and 22 of December in order to clarify the situation concerning the case of Grigore Petrenco.

On 9 December, the Rascani district court in Chisinau made the decision to extend the period of pre-charge detention of Petrenco Grigore by 90 days from December 20, 2015 to March 19, 2016, despite the motion of the attorney Ana Ursachi for replacement of the preventive measure to house arrest.

Despite the imperative request of the Parliamentary Assembly of the Council of Europe and the Members of the European Parliament, the Moldovan authorities fail to react adequately and fulfill their international obligations.

In November and December, Mr. Hunko, vice-president of UEL (statement) and Mr. Scholz Member of the Parliament’s Committee on Foreign Affairs (statement) made visits to Moldova where Mr. Hunko visited Mr. Petrenco and both German MPs witnessed the growing political arrogance of economically powerful oligarchs which undermines any long-term democratic, political and social renewal.