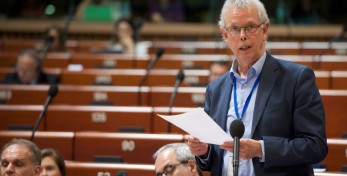 UEL Chairman, Mr. Kox presented on Monday 26 June the progress report of the Bureau and Standing Committee of the Parliamentary Assembly of the Council of Europe at the start of the June part session. In his report, in which he explained the conflict between the Assembly and its president, he also clarified the proposals on how to deal with serious allegations of corruption cases of members or former members of the Parliamentary Assembly. The proposals, which were anonymously accepted by the Assembly, opened the way for the investigation which will be led by three outstanding members of the newly created independent external investigation body.

More information and related documents can be found through the following link: