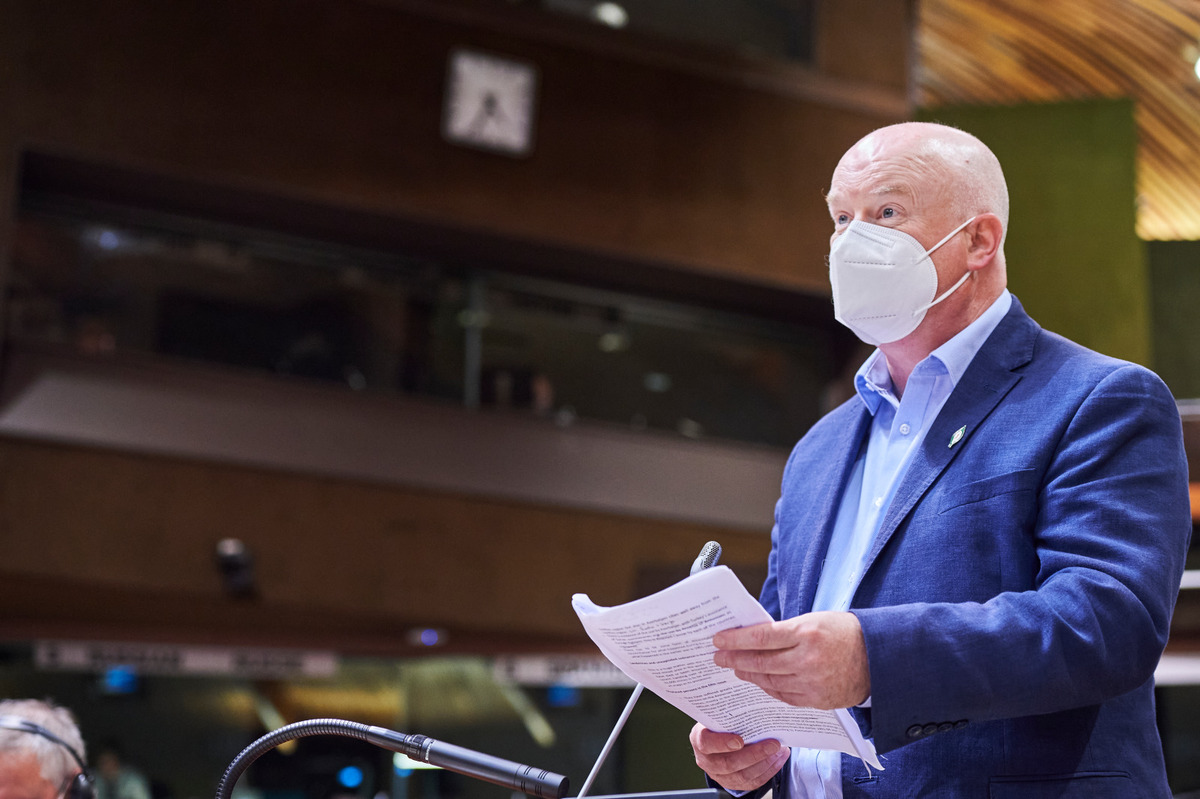 A resolution and recommendation on the basis of a report by UEL rapporteur Paul Gavan (Ireland), who visited both countries, have been adopted by the Parliamentary Assembly of the Council of Europe (PACE). Following the recent conflict between Armenia and Azerbaijan / Nagorno-Karabakh conflict, PACE has set out a series of recommendations to both countries to address the humanitarian consequences in the short and long term, and move towards a process of peace and reconciliation. The Assembly said it was “concerned about the many allegations of crimes, war crimes and other wrongful acts,” during the six-week war, listing the most serious. It called on both countries to “fully investigate the allegations and bring to justice anyone, including at command level, found to be responsible” and to co-operate fully with the European Court of Human Rights on the complaints lodged against them. “Unless there is accountability and some form of truth and reconciliation, these allegations will poison relations between the two countries for generations, and the consequences of the conflict will linger,” the parliamentarians pointed out.

While welcoming the recent release by Azerbaijan of 15 Armenians on 12 June 2021 and a further release of 15 persons on 3 July 2021, bringing the total of those repatriated to above 100, the Assembly also called on the Azerbaijani authorities to release all remaining captives and return them to Armenia without further delay.

The rapporteur deplored that since the November cease-fire, 159 Azerbaijanis and 5 Armenians have been killed or injured by mines, and called on Armenia to “release, without delay, all mine maps in its possession”. Mr Gavan said, “This is a huge matter with the conflict region being probably the most mined area in the world”. In light of various border incidents since May 2021, PACE parliamentarians urged both sides to de-escalate, and to negotiate a border demarcation process.

Regarding displaced persons, the resolution called on the international community to continue to support Armenia and Azerbaijan, and encouraged both countries to make good use of Council of Europe expertise.

The long-running conflict has had a “catastrophic” impact on the cultural heritage and property of the region, the Assembly pointed out. It also recommended that both countries take steps to tackle hate speech as well as hate crimes, including by introducing appropriate legislation with Council of Europe assistance.