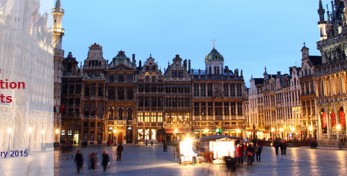 “In the area of social rights, the EU and the Council of Europe need to be complementary; whilst the EU has to ensure social rights through technical and budgetary decisions, the Council ensures political oversight of standards and their implementation,” said Tuur Elzinga (Netherlands, UEL), new Chairperson of the PACE Sub-Committee on the European Social Charter, during a Conference on the Future of the Protection of Social Rights in Europe organised on 12-13 February in Brussels by the Belgian Chairmanship.

Facing some of the terrible social rights violations reported at the conference, political action is needed to keep the promises made through European standards. Parliamentary scrutiny, in particular, is important for ensuring respect for social rights, both at European and national level.

In applying European standards in the field of social rights, European institutions sometimes have to decide whether to give priority to economic freedoms or social rights; next to the technical issue of harmonisation of standards, there is a more political issue,” he continued.

“A new political vision aimed at ending austerity programmes is promoted via PACE Resolution 2033 (2015) on the Protection of the right to bargain collectively, including the right to strike. New visions needed for future social policies will certainly also be raised by the upcoming report on the new European social model to be debated in June 2015,” Mr Elzinga concluded.