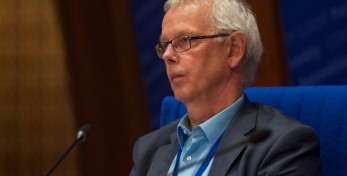 The terrible massacre which took place last Saturday left many in dismay, disgust and sorrow. Among the participants in the March for Peace were a lot of representatives and sympathizers of HDP, which once again is affected by barbaric violence in the eve of Parliamentary elections.

The Turkish government has a huge responsibility for the unwillingness or inability to protect against political violence contesting parties in elections, their representatives and supporters. It is unacceptable that so much violence against the HDP, already during the campaign for the elections in June, and also after that, has received so little judicial investigation, and the right bringing the perpetrators and plotters of all this political violence to justice. The international community should call on the Turkish government to account for this massive failure that cost so many lives.

Therefore UEL supports the “call to the international community by the HDP” and encourages to act likewise.

UEL expresses deep condolences to the families and friends of all those who have been slain or injured in this latest brutal attack against the democratic forces in Turkey.