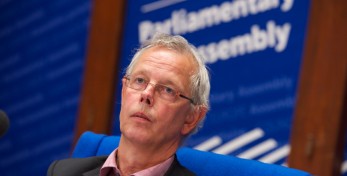 Today, the chairman of the UEL Group, Mr. Kox has addressed in a letter the Speaker of the Grand National Assembly of Turkey, Mr. İsmail Kahraman and urged the latter to respect the rights of its elected MPs who are currently being held in prison.

“Elected Parliamentarians belong in parliament, and not in prison. We call once again on you to demand with us for the immediate release of all the Members of your Parliament who are currently held in detention.” said Mr. Kox

Mr. Kox has also pointed out the restrictive conditions related to the detention and court proceedings of the co-chair of the HDP, Mr. Selahattin Demirtaş whose immunity has been lifted and who has been in detention since 4 November 2016.