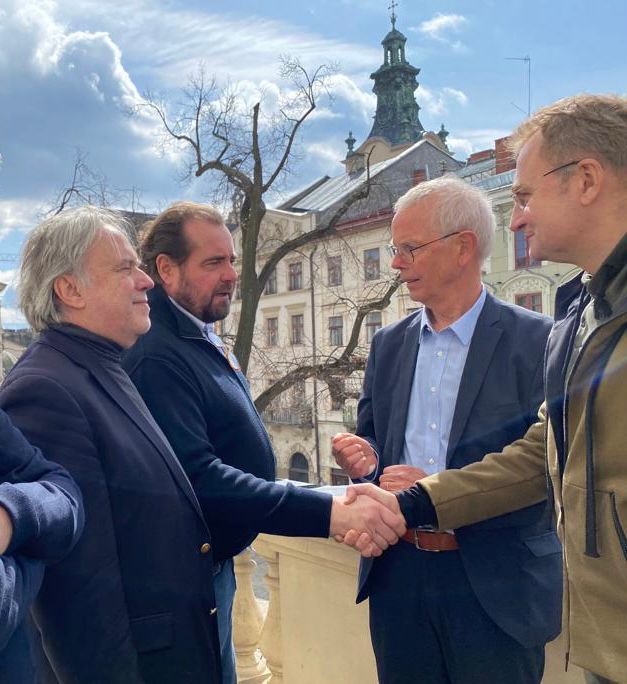 In the framework of the official visit between 5-7 April, the members of the Presidential Committee held several meetings with members of the Ukrainian PACE delegation, the Speaker of the Verhovna Rada Ruslan Stefanchuk, Lviv Mayor Andriy Sadovyy and Maxim Kozycky, head of the regional civil-military administration.

UEL chair Katrougalos condemned the Russian invasion, expressed his solidarity to the Ukrainian people and questioned the President of Verhovna Rada regarding the reasoning for the suspension of 11 Ukrainian political opposition parties by the National Security and Defense Council of Ukraine.

The delegation also visited a human aid co-ordination centre and took part in a charity fund raising event. « The humanitarian consequences of the Russian military aggression including the situation of the refugees and displaced persons urge for decisive action. I’m confident that the Council of Europe and the Parliamentary Assembly will continue to play their crucial role within their field of competence, » said Chair Katrougalos.