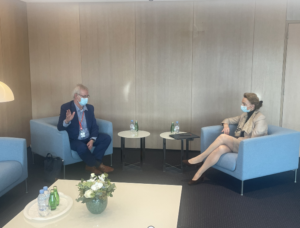 During the January part session the final stage of a long process aimed at giving the Assembly real influence in future cases of blatant violations related to the Council of Europe’s statute or the ECHR by a member State had been reached.

Link to the report:

Modification of the Assembly’s Rules of Procedure – follow-up to Resolution 2319 (2020) on the Complementary joint procedure between the Committee of Ministers and the Parliamentary Assembly in response to a serious violation by a member State of its statutory obligations (coe.int)

Link to the intervention of Mr. Kox: