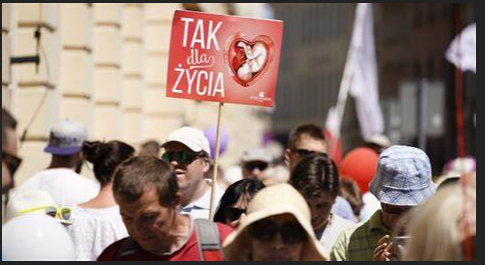 Ban of abortion in Poland

As Members of Parliaments representing the SOC, ALDE and UEL political groups in the Parliamentary Assembly of the Council of Europe, we express our deep concern about recent attempts of the Polish Constitutional Tribunal to de-facto ban the abortion procedure in the country.
On Wednesday 27 January 2021, the Polish Constitutional Tribunal published a written statement of reasons for the de facto abortion ban ruling. It happened 97 days after its oral announcement on October 22, which sparked the largest protests in Poland since 1989. According to its content, abortion due to severe and irreversible foetal defects is inconsistent with the Polish constitution – it also includes serious malformations of the foetus detected in the initial stages of pregnancy.
The ruling was already strongly condemned by the international community:
The decision stands in the direct opposition with good medical practice, international human rights, and WHO recommendations. Additionally, it infringes upon the Council of Europe’s Human Rights Commissioner’s obligations for the Member States to ensure access to abortion care and specifies that any refusal of care on grounds of religion or belief by a medical professional may never be allowed to jeopardise women’s right to access sexual and reproductive health services. The law would harm women’s equality, dignity, autonomy, and bodily integrity, restricting their access to information and their rights to private life and health.
The deterioration of the SRHR rights in Poland is a consequence of the erosion of the democratic institutions in the country, including unlawful appointment of judges to the Constitutional Tribunal.
We, therefore, urge Polish ruling coalition to respect the fundamental rights of all Poles to make autonomous decisions about their own bodies and reproductive abilities, which are at the very core of their fundamental right to equality and privacy concerning intimate matters of physical and psychological integrity, and to refrain from adopting the judgment of the institution internationally recognised as unlawfully adopted.
Joint Statement_Polish Ban of Abortion_SOC_ALDE_UEL 2762-0578-9698.5
Joint Statement_Polish Ban of Abortion_SOC_ALDE_UEL 2762-0578-9698.5