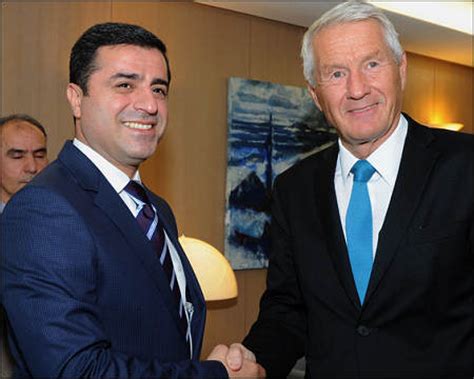 Leaders of five political groups in the Parliamentary Assembly of the Council of Europe have demanded the immediate release of Mr Selahattin Demirtas, one of the six candidates for the Presidency of the Republic of Turkey in Sunday 24 June elections. Mr Demirtas is in pre-trial detention ever since November 2016 and therefore cannot freely and fairly participate in this most important campaign, which also covers parliamentary elections on the same date.

In line with the call of the leaders of five political groups individual MPs as well as whole parliaments, the GUE/NGL Group in the European Parliament and other forms of parliamentary organisations are calling for Mr Demirtas’ release. Many members of parties which co-operate in the Group of the Unified European Left support the call, especially from Denmark, Sweden, Greece, Cyprus and Germany. The Dutch Lower House adopted almost unanimously a motion to release Mr Demirtas.

Mr Tiny Kox, Chair of UEL in PACE: ‘From all over Europe MPs are saying to the Turkish authorities that politicians should not be in prison but should be granted the right to do their job, in Parliament, in political campaigns, in elections. Selahattin DEmirtas is Member of the Turkish Parliament. Any day this imprisonment lasts is a disgrace for Turkish democracy.’