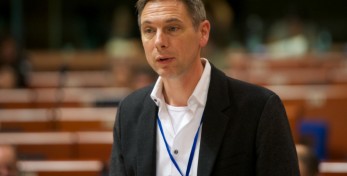 The report prepared by Tuur Elzinga (Netherlands, UEL) calls on OECD member states to take steps to raise middle and lower household incomes to boost demand and purchasing power. It is necessary to strengthen collective bargaining and (minimum) wages, keeping pace with increased productivity; and “to halt the increase in precarious, informal or irregular work”.

The adopted text also notes that States are taking steps towards green growth, but considers that much more determined efforts are needed “to integrate environmental priorities into economic agendas”.

At its next plenary session in Strasbourg, the Assembly will examine Mr Elzinga’s report during a debate to be held on 30 September, in which Angel Gurría, Secretary General of the OECD, will take part.

Income inequality is “at its highest level in OECD countries in half a century” the PACE Political Affairs Committee reported. Since the onset of the crisis, inequality in market incomes has risen as much between 2007 and 2011 as in the previous 12 years in most advanced economies.

The Committee adopted a draft resolution on the activities of the OECD in 2014-2015, asking the Council of Europe and its member states “to halt rising inequality and promote sustainable and inclusive growth and a more equal distribution of income, wealth and well-being”. It is necessary, said the parliamentarians, to curb unproductive financial activities and reform the financial sector “to serve sustainable and inclusive growth” and “to increase the labour share of Gross Domestic Product”.

The Parliamentary Assembly serves as the OECD’s parliamentary forum and holds annual debates on its work, on the basis of the Council of Europe’s values and the world’s economic prospects.