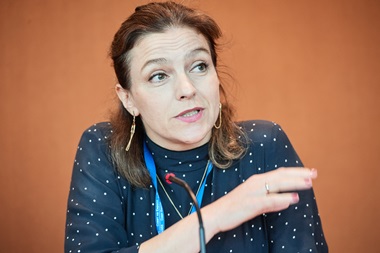 On the request of Ms. Rósa Björk BRYNJÓLFSDÓTTIR, Head of the Icelandic delegation, vice-chairperson of PACE and Member of the UEL Group, the Assembly held the debate on Europe’s role in peacemaking initiatives in Syria.

Ms. Rósa Björk BRYNJÓLFSDÓTTIR stated that “Europe must step into the vacuum of the international arena and step up to its role, based on its culture and history and the lessons learned from brutal wars on the continent. Syria represents the most serious current threat to international peace and security, and we must not be bystanders.”

On the role of PACE she noted: “Our role is vital, and our message as a Parliamentary Assembly must be clear: we must emphasise negotiation for a political settlement where all parties to the conflict are given access to the peace process, and consider an urgent peace process plan for Syria.”

Link to the debate: