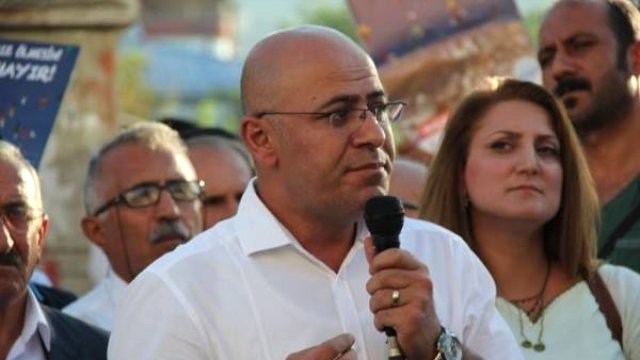 During the current affairs debate on the Copenhagen Declaration on the functioning of the European Court of Human Rights (ECtHR) which was put on the PACE agenda on request by the UEL Group, UEL Member Hişyar ÖZSOY (HDP, Turkey) read a letter written by Selahattin DEMİRTAŞ, HDP co-chair and Member of Parliament who has been in prison since November 2016.

The UEL Group wants to draw the attention to the position of the ECtHR on the imprisoned former chair of HDP, Mr. Selahattin DEMİRTAŞ who two years ago filed applications to the European Court of Human Rights concerning the unjust pre-trial detention and the lifting of his parliamentary immunity.

He strongly believes “that the Council of Europe and its institutions have an important mission to encourage and support the struggle for justice in Turkey, and to do their utmost to ensure the respect for human rights in this country”.

To this end, the authority ECtHR should be strengthened in all objects and its rulings implemented by the member States. Therefore, the Chairman of UEL who spoke on behalf of the Group rightly expressed the following concern:

“The question remains: why did the Danish chairmanship originally propose to weaken the position of the Court at a time when – we only need to look at what is happening in Turkey, Ukraine, Russia, Hungary and many other countries – human rights are overall under severe pressure? The citizens of those countries have every interest in the Court being strong, and weakening the Court would in the end weaken their protection and be a gift to governments that are not fond of the unique European system of human rights protection.”