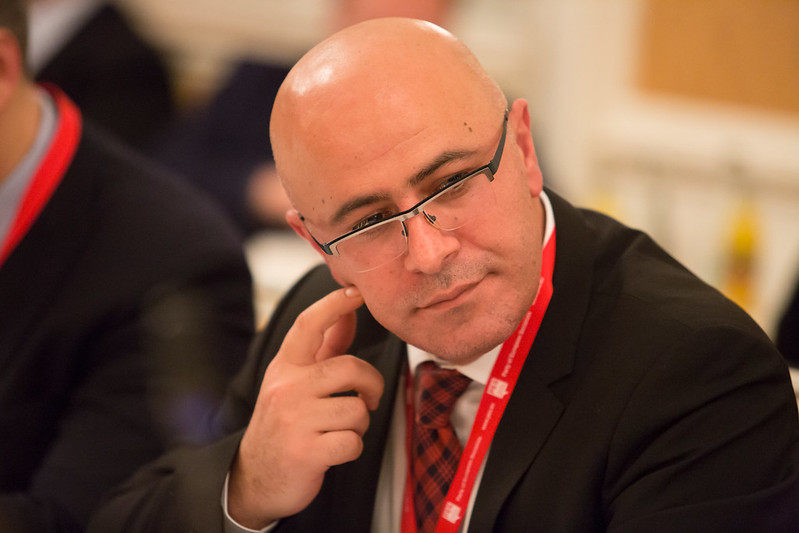 Upon the request of Mr Tiny Kox on behalf of the UEL group, the Standing Committee of the PACE decided to have an urgent debate on Turkey and asked the rapporteurs of the Committee on Honouring of Obligations and Commitments by Council of Europe Member States (Monitoring Committee), Mr Thomas Hammarberg and Mr John Howell, to draft a resolution entitled, “New crackdown on political opposition and civil dissent in Turkey: urgent need to safeguard Council of Europe standards.” The draft resolution was debated and passed with an overwhelming majority at the Standing Committee meeting on 23 October 2020.

The resolution notes that the overall situation in Turkey with respect to the functioning of democratic institutions, the rule of law and human rights has not improved since January 2019, when the PACE had another urgent debate on Turkey and passed Resolution 2260. UEL Vice-chair Hişyar Özsoy who spoke in the debate remarked that: « The issues raised and recommendations made in this resolution are familiar and do not differ from the concerns raised in previous reports, opinions, resolutions and judgments of various organs of the Council of Europe, including the PACE, over the last five years. »

Recalling previous PACE resolutions and strongly condemning the crackdown on political opposition and civil dissent in Turkey over the last few months, Mr Özsoy pointed out that « the resolution underlined some of the issues central to the struggle of democracy and human rights in Turkey, such as: unlawful imprisonment of elected opposition deputies and mayors, almost total destruction of local democracy in HDP-run Kurdish municipalities, incessant pressures on attorneys, academics, doctors, and civil society activists, credible allegations of torture and ill-treatment, continued assaults on freedom of speech and media freedom, the lack of separation of powers and an independent judiciary, criminalization of democratic opposition with broadly and vaguely worded anti-terror legislation, and the refusal of Turkish authorities to implement the judgments of the ECtHR or recommendations of the CPT and the Venice Commission, among others. »

The resolution also briefly referred to some recent developments at an international level involving Turkey, including military operations in northern Syria, the East Mediterranean and Libya, and the way Turkish government has involved in the conflict between Armenia and Azerbaijan. While this resolution concentrated on domestic developments, it also expressed the commitment of the Assembly to include the compliance of Turkey’s external actions with Council of Europe standards in the future reports under the monitoring procedure.
While the resolution called upon Turkey “to secure conditions allowing its vibrant civil and political society, genuinely committed to democracy, to act and speak out freely and safely,” some group leaders and speakers questioned, for the first time, Turkey’s membership to the Council of Europe due to its chronic disregard and outright dismissal of the criticisms and recommendations made by various organs of the Council. In this regard, the UEL vice-chairman Mr Özsoy warned that « if the Turkish authorities do not show the necessary political will to implement at least some of the judgments and recommendations of the Council, it seems that there will be more heated debates on Turkey’s membership in the near future. »

« As the UEL, we have been closely following and speaking aloud on the worsening situation of democratic institutions, the rule of law, and human rights in Turkey, » said Mr Özsoy « hence, we would like the Turkish authorities to receive this resolution as a candid invitation by the PACE for a constructive and civilized debate in line with the democratic pillars on which the Council of Europe was established. » UEL Members noted on several occasions before and during the recent urgent debate that if or when Turkish authorities show the necessary democratic will to positively address the issues raised in this and previous resolutions, the Council and its Parliamentary Assembly should fully mobilize their institutional capacities, resources and expertise in helping to restore democracy, rule of law, and human rights in Turkey. « As the UEL, we think that citizens of Turkey deserve better democratic standards, and we will continue supporting the democratic political and civil society in the country, » concluded the vice-chairman.