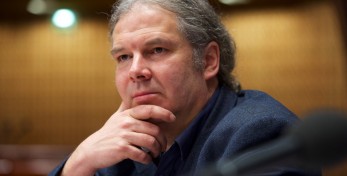 “With this debate the Council of Europe can contribute to mitigate the difficult situation in Spain and to find the appropriate framework for negotiations, so that the situation will not continue to further escalate. It is encouraging that there was no political resistance to the respective proposal by the UEL Group, which was supported by the Bureau.”

In his speech, Mr. Hunko will report on his personal impressions which he received during his visit to Spain on the occasion of the referendum held on 1 October 2017. “I support the Commissioner for Human Rights of the Council of Europe, Nils Muiznieks, who urged the Spanish home affairs minister to safeguard an independent and effective investigation into Spain’s disproportionate and unnecessary police violence. It is now of great importance that neutral mediators are engaging for a process of dialogue between the Catalan and Spanish government. Unfortunately the European Commission has already disqualified itself for this role by choosing to side with the Rajoy government” said Mr. Hunko.

Before the start of the Autumn session, a letter to the Secretary General of the Council of Europe has been addressed by the UEL chairman, Mr. Kox (SP, The Netherlands), in which he has asked to “consider offering the good services of the Council of Europe to our member state, in order to facilitate a much needed mediation process and to avoid further escalation”.

Mr. Kox also stated that: “Our organisation has many excellent services to offer if and when difficulties arise with regard to these commitments. To offer these services in these times of crisis to our Member State Spain, would be a clear sign of our willingness to assist the country in overcoming its actual problems and looking for the best possible way out.”