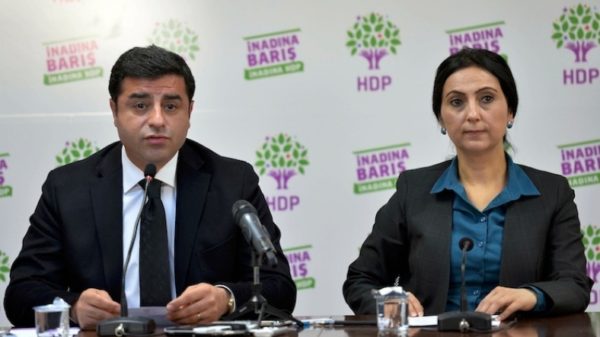 We, members of the Parliamentary Assembly of the Council of Europe and we, members of the European Parliament, emphatically condemn the new brutal attempts of the Turkish authorities to lift the immunity of parliamentarians of the elected opposition and to eventually close the HDP, third largest group in the Turkish Parliament, as a party. All these attempts go against the fundamental rules of democracy, to which Turkey has obliged itself when becoming a member State of the Council of Europe.

We consider it a flagrant violation of its national and international obligations that the Turkish authorities have put so many of elected parliamentarians, including former HDP co-chairs Mr Demirtaş and Mrs Yüksekdağ, and other elected representatives, including a large number of HDP-mayors, in prison for already such a long time. The stripping of Mr Gergerlioğlu’s parliamentary membership by order of the government despite the judicial process still being uncompleted intensifies the concerns on the status of the parliamentary system in Turkey. Elected politicians do not belong in prison but in Parliament and in the public debate.

The ongoing, illegal refusal of the Turkish authorities to release Mr Demirtaş after the final decision of the Grand Chamber of the European Court of Human Rights (ECtHR) is a clear and unacceptable violation of Turkish obligations as a member State of the Council of Europe. Defying Court decision cannot continue without consequences.

We appreciate that the Committee of Ministers of the Council of Europe has recently reviewed the case of Demirtaş vs. Turkey in its March meeting and asked Turkish authorities to implement the decision of the Grand Chamber and release Mr Demirtaş immediately. There are thousands of people in Turkey who have been imprisoned with politically motivated charges like Mr Demirtaş.

We demand that the European Council, at its upcoming 25/26 March meeting that will also discuss EU-Turkey relations, addresses the severe human rights violations with the necessary priority and insists on Turkey implementing its human rights action plan and legal reforms as announced.

We encourage all those who strive to protect and promote respect for human rights, the rule of law and democracy in Turkey, to continue their just struggle and we offer them our solidarity and support.

Link to the statement: