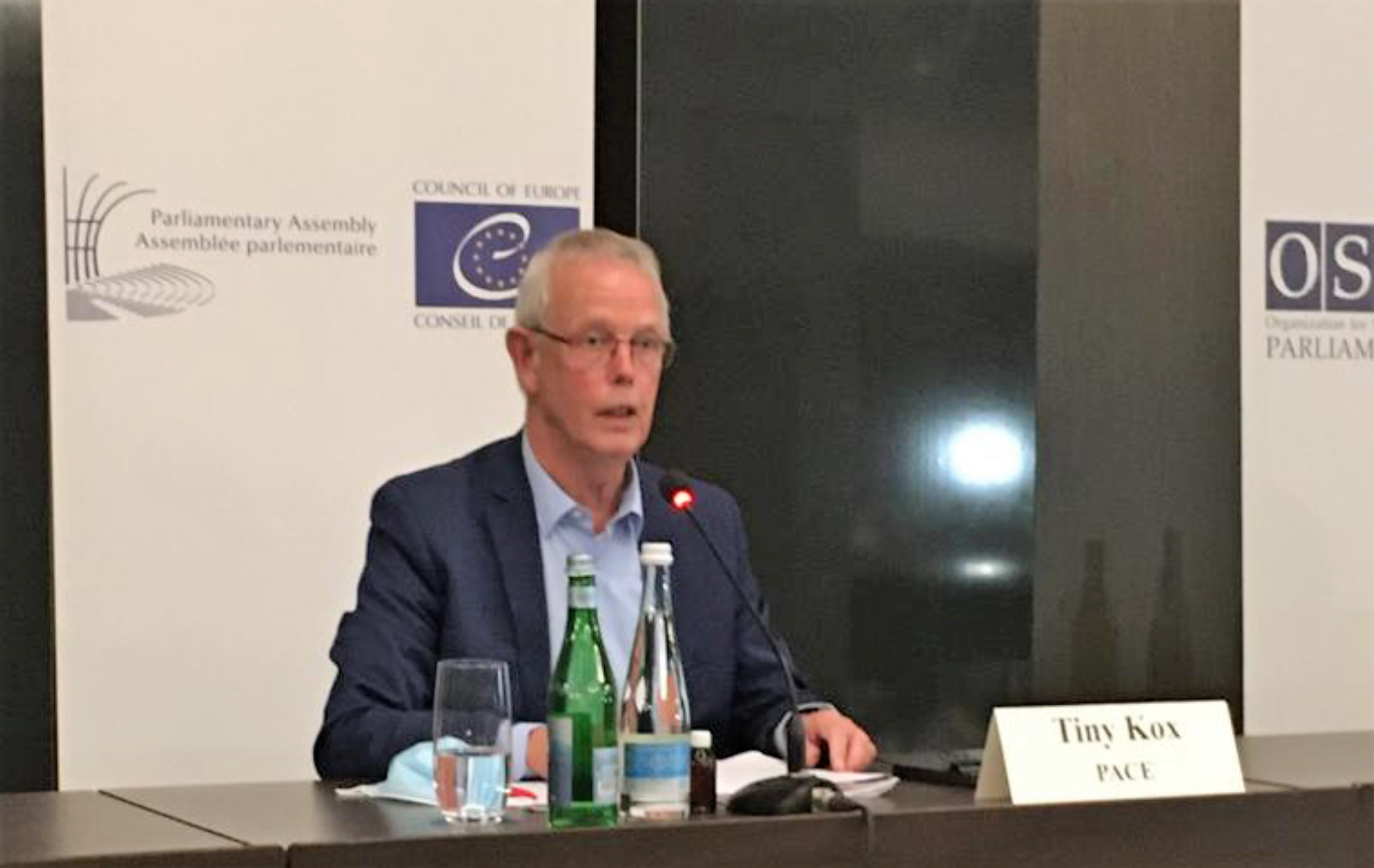 Mr Tiny Kox headed the Election Observation Committee for the observation of the parliamentary elections in Georgia which were held on 31 October 2020.

In his statement he ‘paid tribute to all brave Georgian voters who casted their vote in yesterday’s elections, in spite of the risk COVID might cause to those visiting a polling station” and noted that “the fact that your country was able to organize elections in these circumstances shows that you are not afraid of democracy.’

The head of the PACE election observation mission stated that: ‘by having these elections Georgia shows to the other 46 Council of Europe member states that elections are possible, also in times of this pandemic, which is hitting all our societies and citizens harshly.’

During the Q&A session Tiny Kox urged ‘all parties to first see what the results are of the elections, then overlook them, then if needed to use the possibilities that there are to complain and then to come to conclusion what the results of this elections are’.

‘But challenging them on a same day as these elections have taken place is not the sign of a mature democracy and calling for rallies on the day of the elections and after the elections is in my humble opinion also not the best sign that you respect the decision of your voters, which came in larger proportion than four years ago to the bullet boxes under this difficult circumstances’, he said.

‘While acknowledging that these parliamentary elections were generally free, we from the Parliamentary Assembly of the Council of Europe do pity that your country still lacks clear rules on abundant and unlimited campaign spending,’ said Mr Kox, ‘this negatively affects the fairness of the elections -’an observation which had been noted also by other international observers.

Mr Kox noted that: ‘so much money spent, in an overall rather poor country, is not a good signal to your citizens. We therefore urge Georgian politicians and the new Georgian Parliament to meet as soon as possible, our persisting recommendations to improve the legal framework regarding oversight of campaigns. I am sure you are able to do it, what is needed is political will to do so!’

The head of the PACE delegation issued his hope that the findings and recommendations which can be found in the report of the International Election Observation Mission will be considered, by all political parties in Georgia, a member state of the Council of Europe which has taken upon itself clear commitments to protect and promote the rule of law, human rights and democracy.

Concluding his statement, Mr Kox has shown to be looking forward to ‘continue our parliamentary dialogue in our Assembly’ and added that for this to happen the new Parliament should nominate as soon as possible a new delegation.