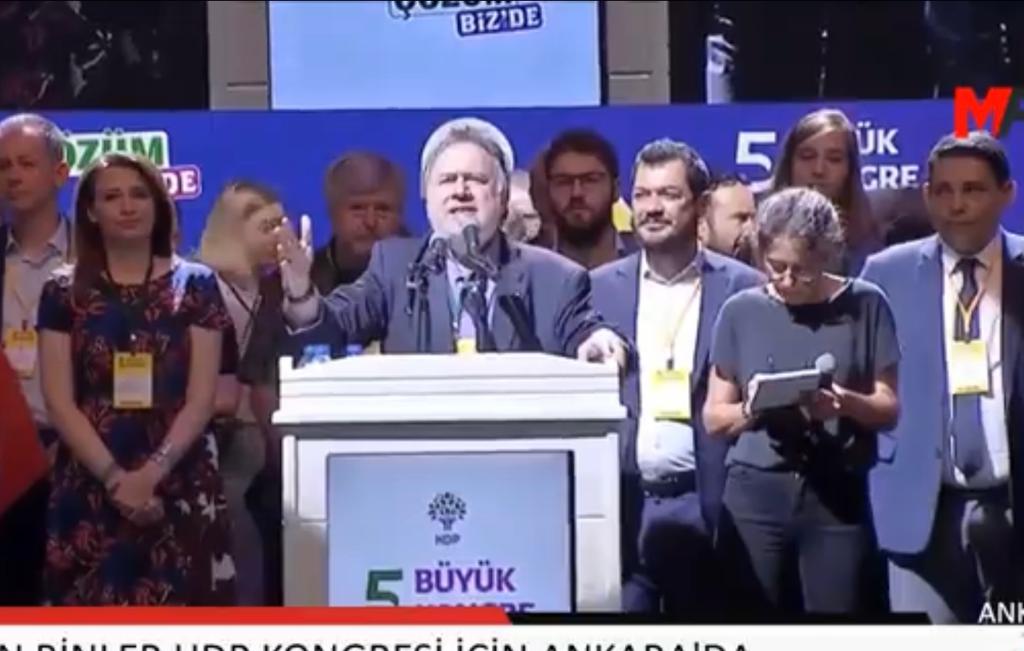 UEL chairperson Mr. Georgios Katrougalos (SYRIZA, Greece) participated in the 5th ordinary Congress of HDP on 3 July held in Ankara ahead of expected 2023 Türkiye’s presidential and parliamentary elections, and at a time when the HDP is facing a court case for its closure and countless other cases to criminalize the party.

On behalf of the European Left, Mr. Katrougalos saluted the HDP Congress and stressed that together with comrades Feleknas Uca (HDP, Türkiye), Hişyar Özsoy (HDP, Türkiye) and the President of the Parliamentary Assembly of the Council of Europe, Mr Kox, the group is fighting for the full implementation of the Judgments of the European Court of Human Rights, so that Mr Demirtas, Mr Kavala and other prisoners who are in Turkish prisons are released immediately and unconditionally.

Chair Katrougalos said, “You are not fighting only for yourselves.  You are not only fighting for the Kurds or the Turks.  You are fighting for Democracy, Human Rights and freedom in Europe. And the Turkish government must respect international and European law, the European Convention on Human Rights.  We must stand against plans for a new invasion of Syria.  Turkey must stop its occupation of Cyprus, Syria and Iraq. International legality must be fully respected. They think they can intimidate you, but they don’t know that the harder they push your ideas, the more powerful they become. You will win for you and for us.  Long live the HDP.”

The UEL chair was accompanied by Bureau member Ms Nina Kasimati (SYRIZA, Greece) and other members from the group who participated on behalf of their national parties and expressed solidarity with the 3rd largest party in the Parliament of Türkiye. Over 15,000 people affiliated with HDP, including its former co-chairs, parliamentarians, co-mayors, party administrators, and other members, have been arrested since 2016.