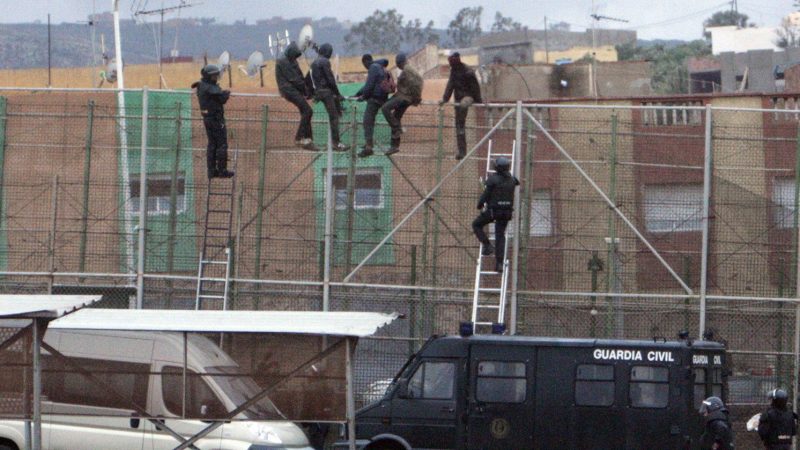 On June 24, after an attempt to jump the fence in Melilla, a massacre took place, with the result of 45 people killed. According to the Government, some 2,000 people approached the border perimeter; 133 managed to arrive and are in the Temporary Stay Center for Immigrants of Melilla waiting to request international protection. Some people who managed to reach Spain were violently returned; a practice that violates international human rights law.

Police brutality and border militarization have led to the death of 45 migrants and refugees, in a clear contempt shown by the Spanish and Moroccan police. The bodies are being buried, without autopsies, essential for a possible investigation, without identifying and without informing the families. More than 300 people were hospitalized as a result of cruel and inhuman treatment and the omission of the duty of Relief. To the dead are added 1000 detainees.

We denounce the violation of international human rights law, the Geneva Convention relating to the Status of Refugees, and the legitimization of institutional racism.

We denounce the regrettable statements of the Spanish President before the loss of these 45 lives, considering that the attempt to cross the border had been “well resolved” by the Moroccan police.

We demand an independent investigation to clarify what happened, the deaths and the reparation of the victims (identification, repatriation and information to the families) and determine the responsibilities; the completion of hot returns; and human rights monitoring across the southern border.

We call on the Council of Europe bodies, including the Human Rights Commissioner and the Secretary General of the Council of Europe to give the issue the priority it requires and assist the countries concerned where needed and/or conduct an independent fact-finding mission to establish the facts as soon as possible.