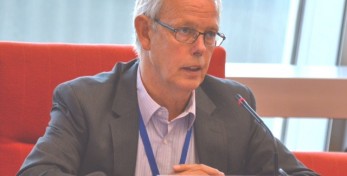 The new wave of political violence which is coming over Turkey, threatens the democratic level of the upcoming parliamentary elections, which are scheduled for November 1, 2015. According to UEL PACE Chair Mr. Tiny Kox most of the violence is pointed at HDP-offices and HDP membership.

HDP is one of the important contesters in these elections and the main opponent of the ruling AK Party. Already during the last elections campaign HDP suffered a lot from violent attacks. Promises of the government to find and prosecute the perpetrators are until now not met, says Mr. Kox, who chaired on behalf of PACE the last elections observation mission to Turkey. UEL urges the Turkish government to protect all contesters in the elections campaign from violent attacks, in order to make democratic elections possible on November 1.