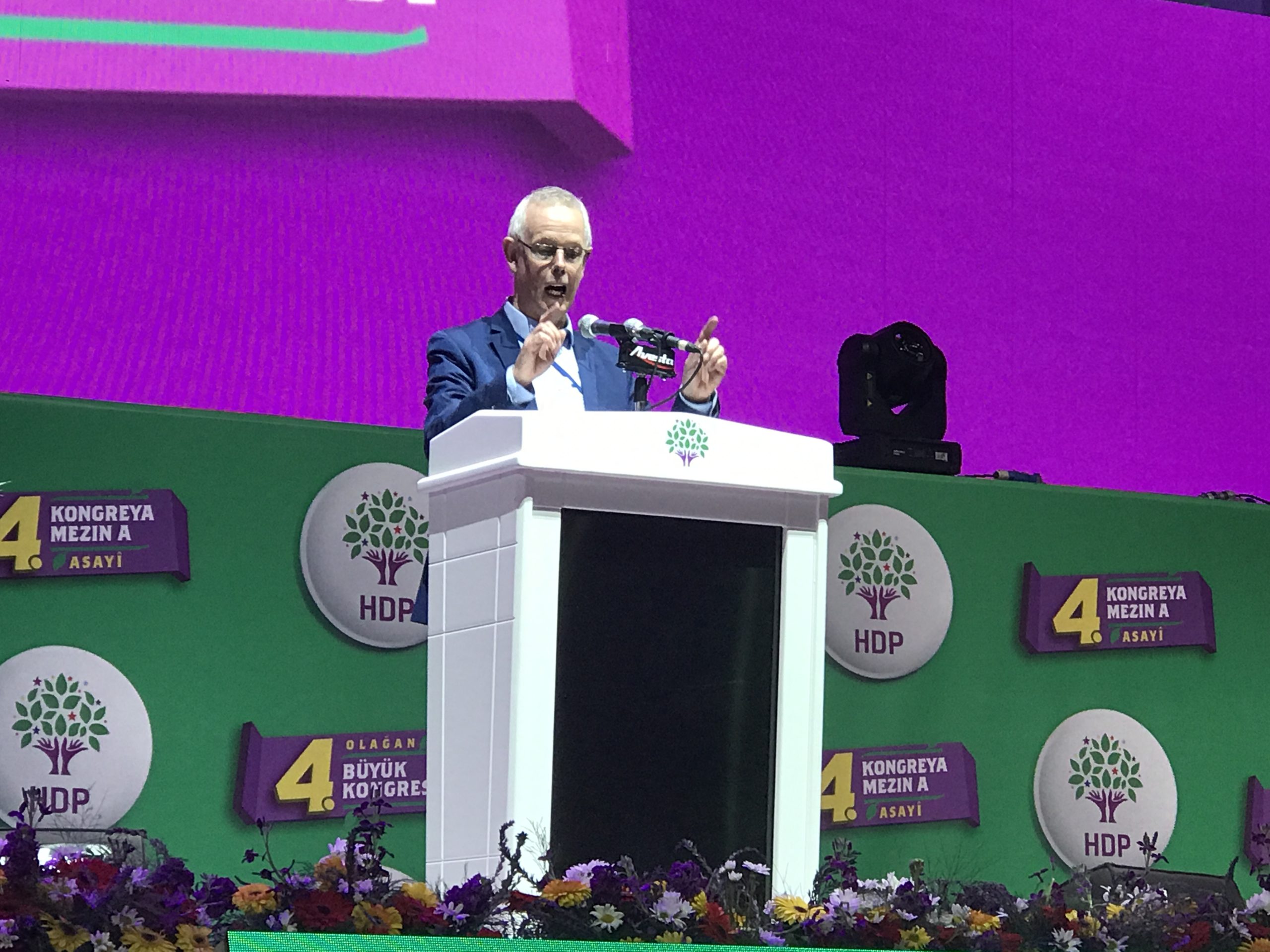 On behalf of the European Left, Mr. Kox expressed solidarity with the 3rd largest party in the Parliament of Turkey. HDP suffers from harsh repression by the Turkish authorities but was nevertheless able to bring tens of thousands of its members and supporters to the Ankara congress. Mr. Kox praised HDP’s principled positions and sent his warm greetings to former HDP co-chairs Mrs. Yuksekdag and Mr. Demirtas: “They should have been here with us today instead of in a Turkish prison, as all imprisoned members should have been here with us. I call upon Turkish authorities: release all political prisoners, and release them immediately!”

Mr. Kox ended his speech with a clear message to Turkish President Erdogan: “Mr. President, Membership of the Council of Europe is not for free! If you want your country to stay in Europe’s oldest and broadest human rights treaty organization, then stick to your obligations as a member State! Listen to your citizens, your politicians, your human rights organizations, your trade unions, listen to the international community: solve your problems in a democratic way, restore the rule of law and pay full respect to the human rights of each and every citizen!”

Before the Congress, Mr. Kox and Mrs. Kolotova met with HDP’s co-chair Mrs. Pervin Buldan and discussed the actual situation in Turkey and a possible armed confrontation between Turkey and Syria in the Idlib-area. The UEL-delegation also met with the President of the Human Rights Association, Mr. Öztürk Türkdoğan and the President of the Confederal Trade Union of Public Workers (KESK), Mr. Mehmet Bozgeyik. Mr. Kox also visited the Human Rights Foundation of Turkey (TiHV). “I had a very interesting and deep exchange of views with the interlocutors who made it clear that they expect the Council of Europe to do more in respect of Turkey – a message I will surely take back to Strasbourg”.