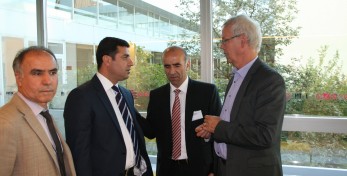 UEL Chair Tiny Kox is shocked by again a new terrorist attack in Turkey:
“This time the attack targetted a wedding of HDP Party members in
Sahinbey, district of Gaziantep and murdered 50 citizens, whereas more
than 100 were wounded. On behalf of UEL I express my condolences to the
families involved and I hope for a quick recovery of the wounded. I also
wish strength and wisdom to all our colleagues from HDP after this new
terrorist attack on their members, after previous massacres in June 2015
in Adana, Mersin and Diyarbakir, in July 2015 in Suruc and in October
2015 in Ankara. I firmly support HDP’s call for a common fight against
the barbarism of ISIS and a restart of peace talks in Turkey”.