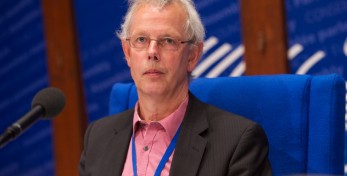 Chairman of UEL, Tiny Kox wants Secretary General, Thorbjørn Jagland and Human Rights’ Commissioner, Nils Muižnieks, to join efforts to allow the participation in the upcoming regional elections in the Basque Country in Spain, of Mr. Otegi, leader of EH BILDU, who is banned to participate in elections until 2021 after the decision by the Territorial Electoral Board of Gipuzkoa Province.

Having played an important role in overcoming political violence in the Basque Country by finding peaceful ways to solve problems, the ban to run as an EH BILDU candidate in the September 25 elections will do serious damage to the continuation of the so very important peace process in this part of Spain.

The German progressive left-wing party Die Linke has also called on the relevant authorities to allow the participation of Mr. Otegi in the upcoming elections.