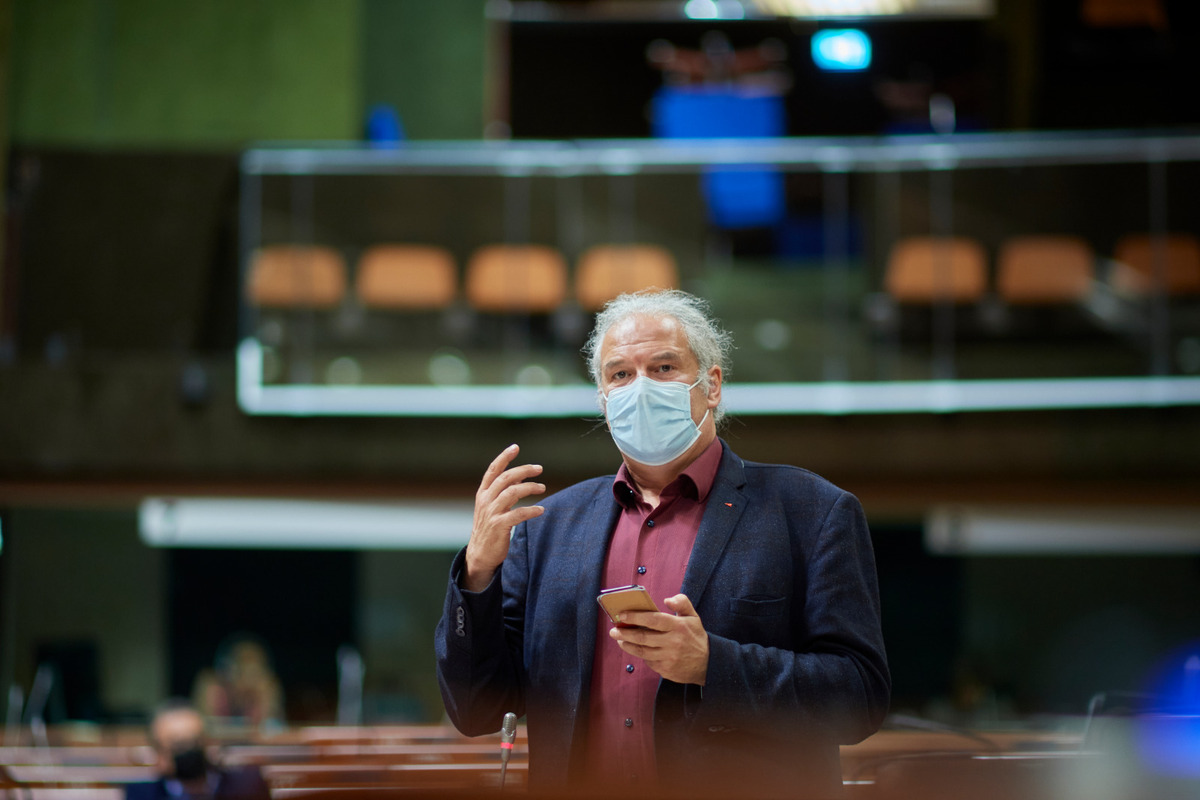 The report on overcoming the socio-economic crisis sparked by the Covid-19 pandemic by Vice-Chair Andrej Hunko (Germany) has been adopted by an overwhelming majority by the Members of the Parliamentary Assembly of the Council of Europe. The Assembly’s Members shared their deep concern about the situation of the vulnerable population affected by the socio-economic crisis sparked by the pandemic. “The recession caused by the Covid-19 has resulted in deep shortfalls in resources for enterprises, workers and States, as well as in global investment flows, impacting vulnerable groups in sanitary, social and economic terms,” stated Mr. Hunko in his report. The resolution urges States “to rebalance their economic development with social and environmental needs”.

To foster socio-economic recovery, while guaranteeing adequate social protection to all, the adopted resolution encourages States to expand their fiscal capacity and public investment programmes, in order to improve quality and accessibility of public services, stimulate employment and life-long learning, enhance professional opportunities for young people, and ensure an adequate minimum income and social protection.

The resolution supported by a vast majority also recommends consolidating public finances, in particular by raising new resources through the introduction of a tax on financial transactions and by considering forms of property taxation or levies for the wealthiest parts of society.

Vice-Chair Hunko also stressed in the report the need for the European Social Charter to be modernised with new rights being recognised to meet the many challenges raised by the pandemic. The need of a new renewed political commitment, the need to make the system more workable and simpler as well as the need for member States to engage more about substance of the Charter has been reiterated by the Council of Europe Secretary General during a reply on Mr. Hunko’s question about the prospects to reinforce the European Social Charter.

During the presentation of his resolution and report Mr. Hunko stated that “we need large public investment programmes that are guided by the UN Sustainable Development Goals. These 17 Sustainable Development Goals. This is about the fight against poverty, the fight against inequality, but also about goals such as the fight against climate change and that it is of course just as necessary – I have also included this again in the report – that we also promote vaccine production internationally at the same time, among other things also through the abolition of patents.

Finally, the PACE resolution calls on European countries to “donate part of their vaccine stocks to the neediest countries in a coordinated manner”.