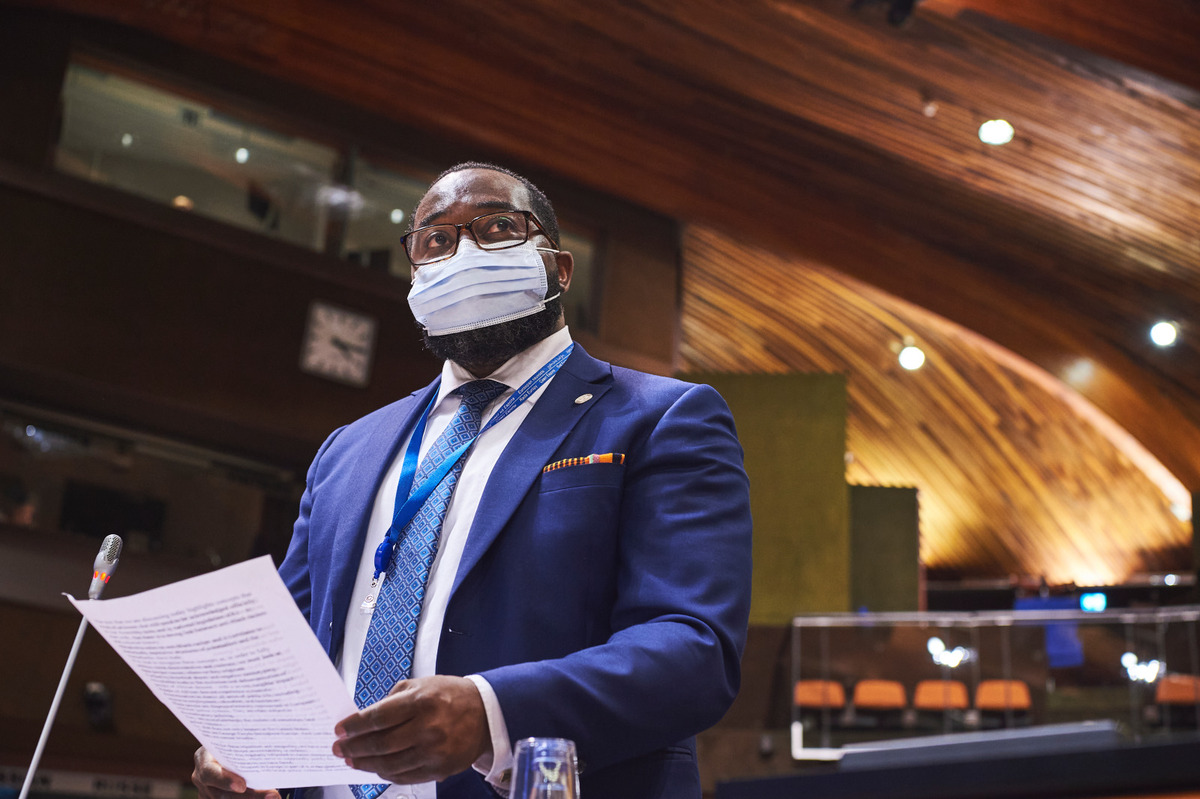 During the presentation as rapporteur on the report on Combating Afrophobia, or anti-Black racism, in Europe, Mr. Momodou Malcolm Jallow (Sweden), who is also the General Rapporteur on combating racism and intolerance, stressed that: “Afrophobia refers to anti-Black racism and it correlates to historically repressive structures of colonialism and the transatlantic slave trade. It is vital to recognise these concepts as, in order to fully address racist discrimination and violence, we must look at their deeper causes, wherever they originate. Fuelled by historical abuses and negative stereotyping, Afrophobia leads to the exclusion and dehumanisation of people of African descent, with a severe, tangible impact.”

Mr. Jallow who told about his personal experience of racist abuse as a Swedish parliamentarian pointed out that: “People of African descent and black people experience systematic discrimination in almost all areas of public life, including access to employment, education, and healthcare. Black people are disproportionately represented in European criminal justice systems. They are often subject to discriminatory policing. They are overwhelmingly the victims of sometimes fatal police violence.” According to the rapporteur recent increased public awareness of the problem has created a “window of opportunity” for determined action to eradicate it.

Approving a resolution based on the report by Mr. Jallow, the Assembly called for the removal of “negative and stereotypical portrayals of people of African descent” from educational material and the media, including information and advertising, while listing a series of steps governments should take. It urged governments to address structural discrimination – including in employment, politics, policing, access to justice, goods and services, healthcare, housing and education – and to raise awareness, fund anti-racism groups and organise cultural activities to empower Europe’s estimated 15 million Black people and people of African descent.

The Assembly recognised that the widespread protests on both sides of the Atlantic following the tragic death of George Floyd, as well as the disproportionate impact of Covid-19 on people of African descent and Black people, had increased public awareness of the problem, and “opened a window of opportunity that should be seized without hesitation”.