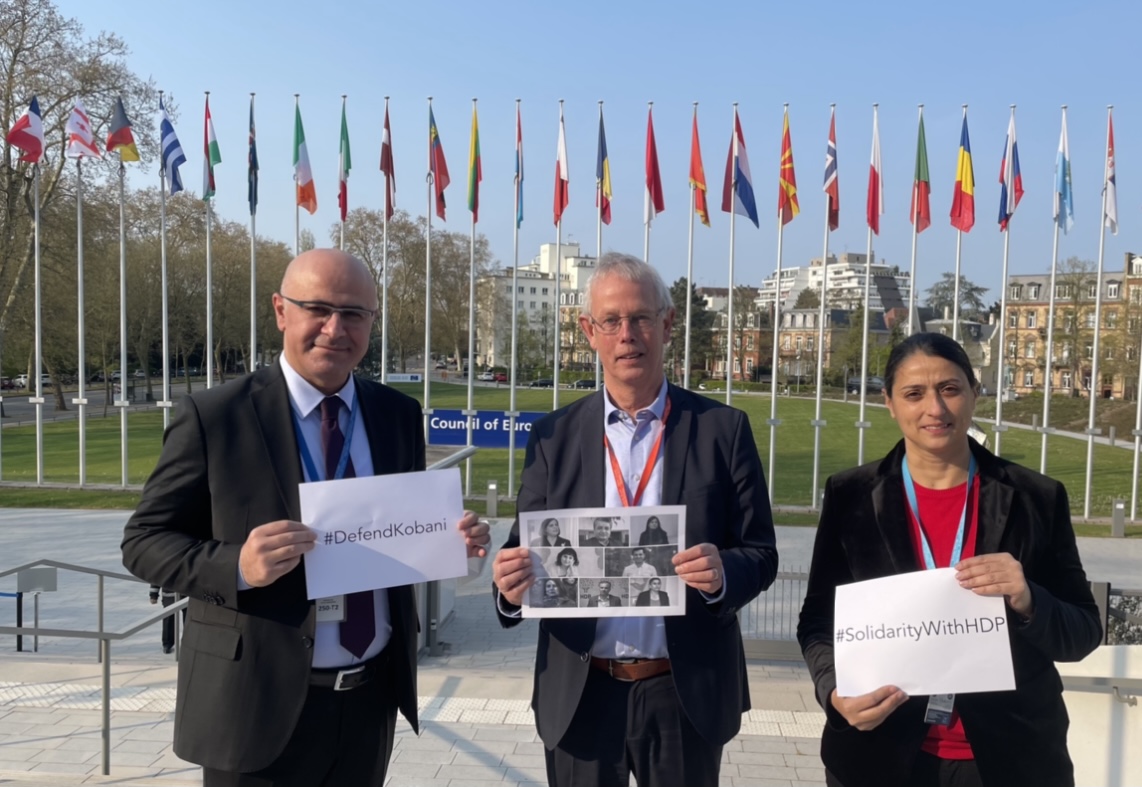 The UEL group reaffirms its solidarity with the Peoples’ Democratic Party (HDP) and its co-chairs, parliamentarians, mayors and members who have been imprisoned for purely political reasons.

After the systematic repression against the HDP which include arrests, lifting the immunity of deputies, seizure of municipalities, the main Kobani trial will begin on April 26 in Ankara. The Kobani Trial will include the trial of 108 people, including the arrested former Co-Chairs Figen Yüksekdag and Selahattin Demirtas.

The UEL group therefore joins the international solidarity actions in support of all those unfairly threatened with severe imprisonment.

In its judgement dated November 20, 2018, the European Court of Human Rights (ECtHR) ruled that Demirtaş should be released, convicting Turkey for the first time as per the Article 18 of the ECHR.

The recent judgement stands out not only for its substance but also its tone. The judgment provides an unequivocal solution to the protracted political crisis in Turkey concerning the fate of Selahattin Demirtaş and other opposition politicians and dissidents in general. Highlighting the ulterior political purposes behind Demirtaş’s deprivation of liberty the Court orders his immediate release. The judgment also demonstrates the true potential of the Court to challenge the use of domestic laws and institutions to silence opposition and suffocate pluralism.

The UEL group reiterates that the ongoing, illegal refusal of the Turkish authorities to release Mr Demirtaş after the final decision of the Grand Chamber of the ECtHR is a clear and unacceptable violation of Turkish obligations as a member State of the Council of Europe. Defying Court decision cannot continue without consequences.

The UEL group urges the Council of Europe’s Committee of Ministers, its Secretary General as well as its Parliamentary Assembly, to take all necessary steps to oblige the Turkish authorities to live up to their commitments.

The UEL group calls on all other political groups in the Parliamentary Assembly of the Council of Europe and in the European Parliament to show solidarity with the HDP and support these calls and use all their influence to end this blatant violation by Turkey of its essential obligations under the Statute of the Council of Europe, and to finally respect its obligations towards its own citizens and the international community.