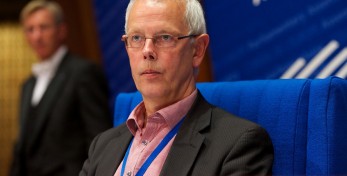 The UEL Group is deeply saddened by the tragedies in Brussels. Once again, another terrorist attack has taken the lives of innocent people. UEL Chair Tiny Kox (Netherlands) offers his condolences to relatives and friends of the victims in Brussels and appeals to all democratic forces to work together in order to eliminate the 21st plague of terrorism while upholding human rights and the rule of law and by tackling the source of the problem.
On 27 January 2016 the Parliamentary Assembly adopted Resolution 2090 (2016) “Combating international terrorism while protecting Council of Europe standards and values” where it is, among others, stated that Member States should do their utmost to cut off the financial lifelines of international terrorism and arms trafficking, including through the effective implementation of United Nations and Council of Europe conventions against the financing of terrorism. The resolution also calls to take away breeding grounds for nowadays terrorism, especially by means of better education and an inclusive society.