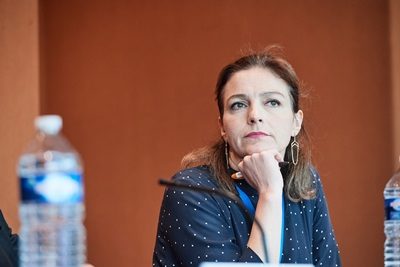 Ms. Brynjólfsdóttir, head of the Icelandic delegation and Member of the Standing Committee recalled during the remote current affairs debate on 15 September that the PACE Members had been calling on the Belarusian government to « immediately end its repression and persecution of protesters, release all political prisoners and investigate police violence ».

While having mentioned that the UEL Group condemns all violence against peaceful protesters, wants immediate release of protesters and a rapid consultation between government and opposition on new presidential elections, as well as a COE mission to Minsk soon, if authorities and opposition agree, Ms. Brynjólfsdóttir stressed the proposal that COE and PACE should help organize a round table conference to find a peaceful way out of the crisis.

« The fight for the real democracy of the people of Belarus is about to begin. And it will be difficult. It is a fundamental human right to participate in free and democratic elections and to be allowed to protest peacefully. It is vital that the Council of Europe and the Assembly steps in firmly and shows it’s role and powers when it comes to preserving human rights and supporting democratic reforms in Belarus, » concluded Ms. Brynjólfsdóttir.