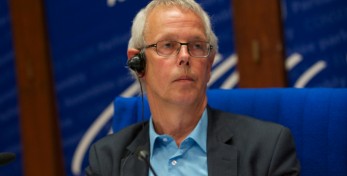 After the outcome of the British referendum, UEL Chair Tiny Kox, has issued the following statement:

Now the British citizens have decided to leave the European Union, this important part of the European co-operation architecture will urgently have to rethink its goals and its means.

Throughout its member states citizens are losing trust in the way the actual European Union is dealing with their interests. Especially the poorer, less educated and less wealthy part of society sees itself confronted with the very negative effects of a neoliberal EU to their wellbeing.

At the same time, the other important part of this architecture, the Council of Europe, should offer its best services to all its 47 member states, including the United Kingdom, to continue co-operation by means of international conventions, open to every member state that see its added value.

The Council of Europe offers a unique, more flexible way of European co-operation, which might prove to be extremely useful in the coming rather uncertain months and years.

The Group of the Unified European Left in the Council of Europe was and will remain a strong and active supporter of international solidarity via democratic and effective European co-operation. Respecting the fundamental rights and freedoms guaranteed in the Council of Europe European Convention on Human Rights, signed by all European states, was and will stay a solid basis for staying together and united in Europe.